What's more fun than writing about Ned? Talking about him to 400 kids at an elementary school! Kindergarteners through fifth graders at Brookside Elementary in New Jersey were the perfect audience for some reading, writing, and martial arts fun! Melissa and I began the main program by talking about some of the characters, reading select sections from Reluctant Hero and Head in the Game, and talking about bushido--the code of the Samurai.

Next, our amazing cover illustrator, Chris Spliedt, read selections from his whimsical book of children's poems, Wishes for Fishes. Afterward, Melissa returned with black belts from her martial arts school to perform demonstrations.

We loved how the assembly came together and how the kids--when quizzed to name the seven traits of bushido--were able to name all of them.

After the assembly, I led two half-hour writing workshops with the fourth and fifth graders. We built characters together (Bob and Brooke) and the students were challenged to create their own characters at home. In a couple of weeks, Melissa and I will announce the ones we liked best and four students will win a prize!

Melissa loved hanging out with the second and third graders, reading from Ned's story, and answering questions. What great questions and comments they had! We even have suggestions for the color theme for the third book's cover! 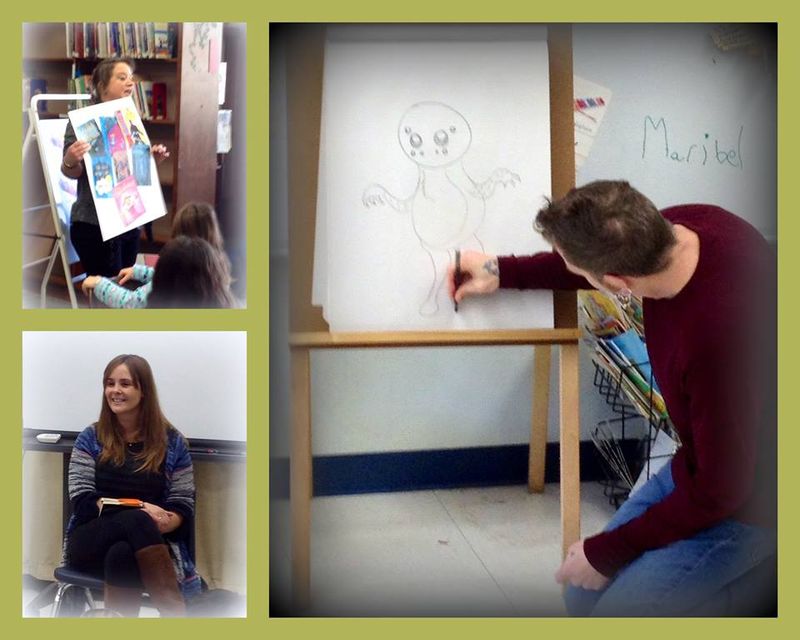 Thank you so very much to Brookside's PTO for inviting us and hosting us--and to the student helpers and teachers who also helped everything run smoothly.

Interested in having us come to your school? Contact us at mail(at)nedtheninja(dot)com for details and check out our school assembly page!