Ned was excited to learn the game, Rummikub, with his friend Amanda (don't let his expression fool you!) Numbers, strategy...it was right up his alley. He won four games out of five. That's our Ned! 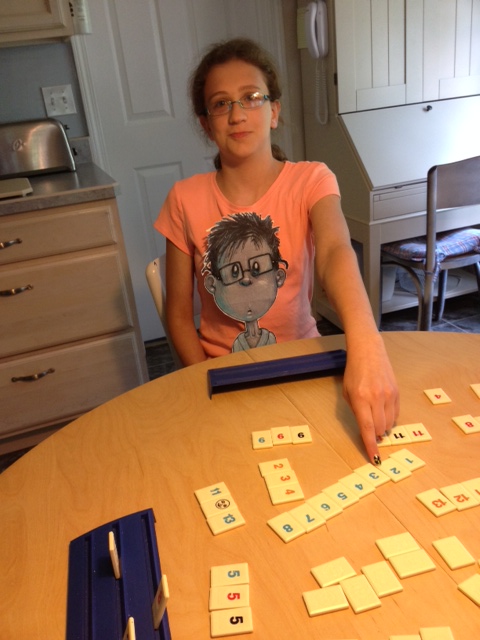 Want to take Ned on your summer adventures? Clip him out (print PDF below) and take him along. Then send your pictures to: mail@nedtheninja.com. We'll post them here, on Facebook, and we're sure Ned will tweet them! The two pictures that get the best reactions from Ned's co-authors will win a prize toward the end of the summer!